BMW M cars are legendary, and there’s a definite reason for that.

With a history steeped in racing and performance, BMW’s M car lineup is a coveted bunch, and few are as sought after as the M3 cars. Synonymous with power, dynamism and an elite sportiness, the M3 has gone through a bit of a change this year, most notably the addition of a new model line, the M4.

While the 4 Series is its own lineup, the M4 is essentially a two-door M3. Instead of offering the M3 in sedan and coupe body styles, BMW chose to split the two, keeping the 4 Series for the 2-door version.

Now that we've cleared that up, time to get to the important bits: power. Save for the body style, these vehicles are essentially identical. Both are equipped with a 3.0L TwinPower turbocharged straight-6 cylinder mill that produces 425 horsepower in the M3, 431 horsepower in the M4, and 406 lb-ft of torque. The 100 km/hr mark can be reached from a standstill in just over 4 seconds (both with the 6-speed manual transmission and the available dual-clutch 7-speed automatic). Power is sent to the rear wheels in both the M3 and M4.

Both the BMW M3 and BMW M4 are driver’s cars. And while they’ve grown in girth and weight over the generations, they’re now loaded with the latest and greatest in vehicle technology as well, including BMW’s updated iDrive system, safety features like head-up display, blind spot detection, back-up camera, and adaptive LED headlights.

As for the M Car styling, there’s no denying these cars both have high-performance personalities. Beefy bumpers and front lips, gaping front air intakes and bulging hoods allude to the powerful engines hidden beneath. M-specific side mirrors are not only functional, they are aesthetically stunning and are instantly recognizable as M. Colours like Phoenix Yellow and Yas Marina Blue ensure the M3 and M4 stand out from the crowd even more (if that were at all possible).

A distinctive exhaust burble, plenty of on-tap power, and interior comfort (that include specially designed and race-inspired front seats that feature an illuminating M logo at the shoulder), the M cars are truly an expression of everything BMW has to offer in terms of sporty driving dynamics and luxury. If it’s an everyday track car you’re looking for that’s as functional going to the grocery store as it is hitting the drag strip (and winning) then the M3 and M4 are the ideal car for you. All you have to do is decide how many doors you want: two or four? 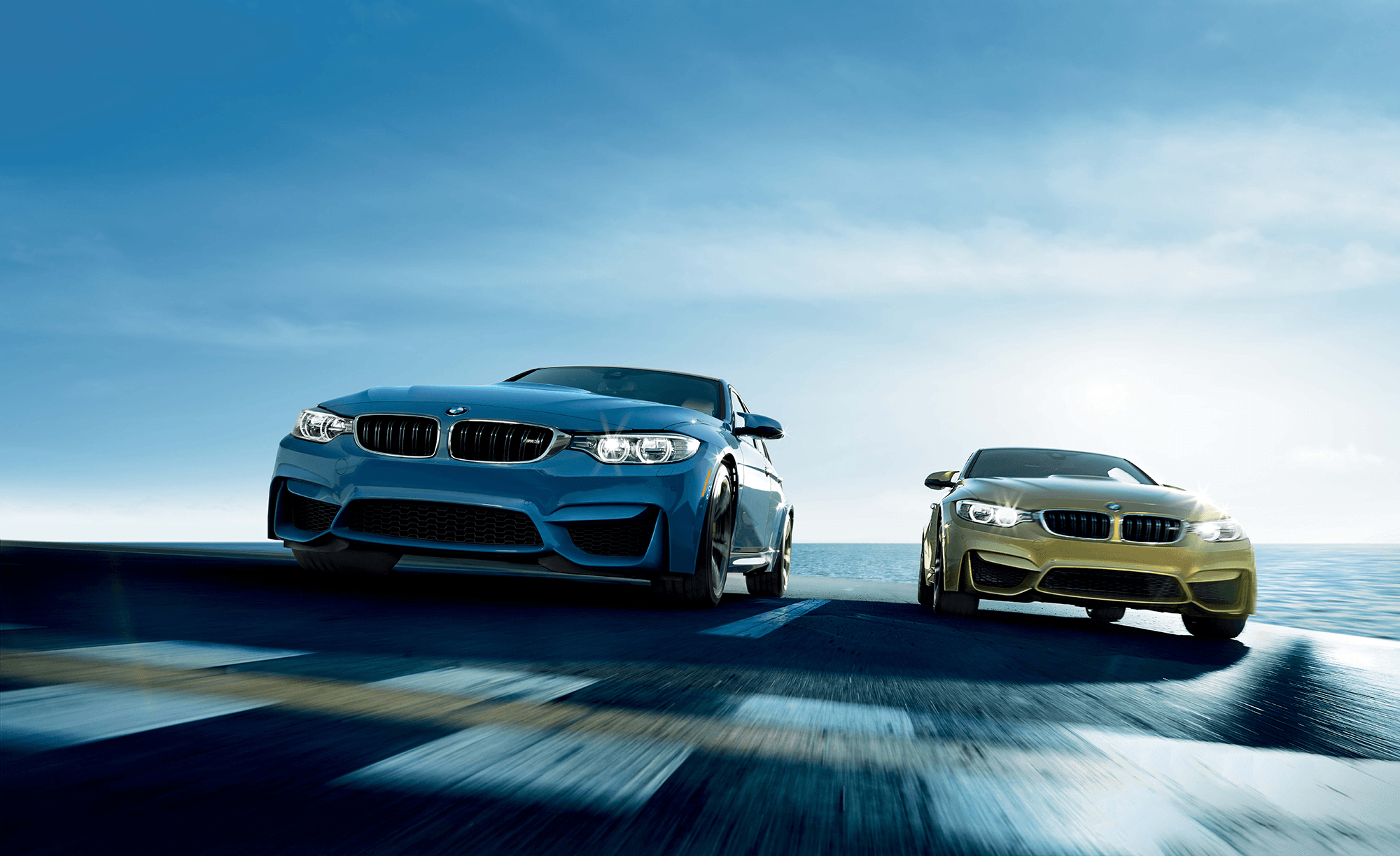