BMW has long been recognized for building vehicles that are first and foremost fun to drive. All BMW models, from the full-size 7 Series to the X-Line of sport utility vehicles, are fundamentally focused on driving pleasure. Even the most affordable model in the BMW range, the BMW 2 Series, strives to put a smile on the driver’s face every time they get behind the wheel.

There are two versions of the BMW 2 Series Coupe, in addition to a high-performance version and even convertible versions. The BMW M2 has already reached the status of legend, but we will speak about it in a separate text. Here we will focus on the coupe.

The entry-level model is the BMW 230i Coupé, powered by a 2.0-liter turbocharged four-cylinder engine that develops 248 horsepower and 258 pound-feet of torque. This engine delivers its torque at very low rpm which allows for brisk, rapid accelerations. The 2017 BMW 230i reaches 100 km/h in just 5.5 seconds. In return, it is also fuel-efficient with an average fuel consumption rating of 10.7 liters per 100 kilometers in the city and 7.0 liters per 100 kilometers on the highway.

The engine’s power is sent to the rear wheels in base models, while the BMW’s efficient XDrive all-wheel drive is available as an option.

The other engine offered on the 2017 2 Series is a 3.0-liter twin-turbo engine that develops 335 horsepower and 369 pound-feet of torque. This engine will impress discerning drivers with its torque that comes on strong at only 1,400 rpm, allowing the 2017 M240i to reach 100 km/h in just 4.6 seconds.

Like the BMW 230i, the BMW M240i and its twin-turbo engine can be equipped with all-wheel drive. In addition to being faster, the BMW M240i is also sportier with a firmer suspension and more dynamic parameters for the various mechanical components. It also offers a unique sound that will appeal to those who love performance cars.

Like many BMW models, the BMW M240i does not penalize you at the pump even if it is very powerful. It has an average consumption of 8.6 liters per 100 kilometers on the highway. Pretty impressive. 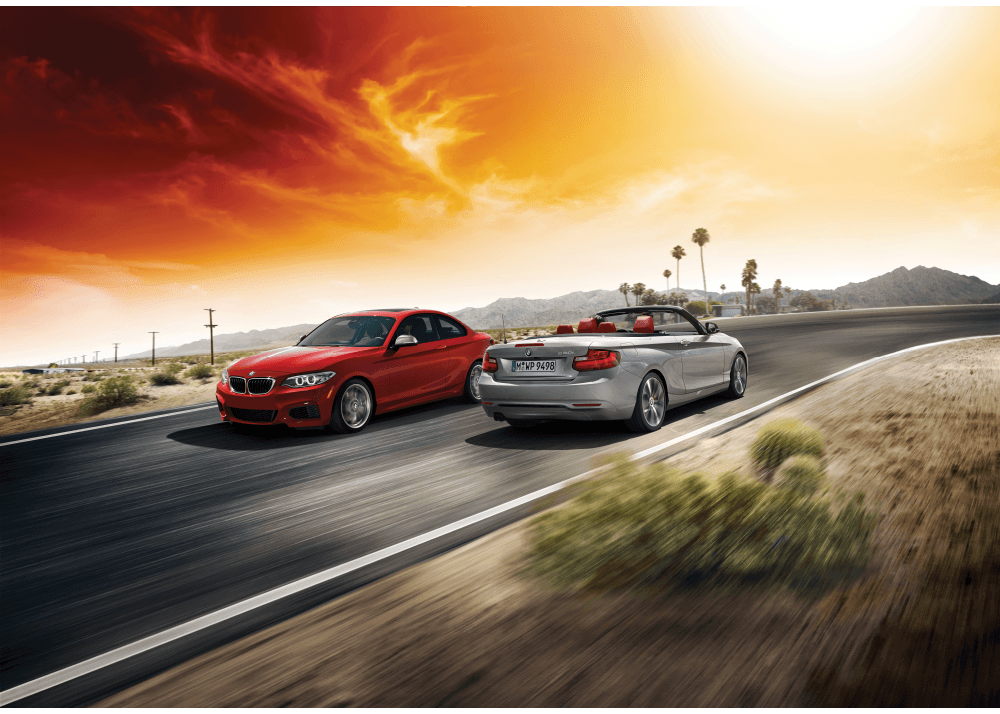