FIVE IMPROVEMENTS FOR THE 2017 BMW I3

When BMW first introduced the i3 electric car a few years ago, the automotive landscape was quite different. Electric cars had arrived, but they certainly weren’t the talk of the town like they are now.

The BMW i3 helped propel the electric car segment to where it is now, and the time had therefore come for BMW to improve its EV, giving it even more range and functionality. The result is the 2017 BMW i3.

Here are five improvements made to the new 2017 BMW i3 arriving soon in Ottawa.

The new 2017 BMW i3 will have a bigger battery when it arrives at Elite BMW in Ottawa. Indeed, the new i3’s electric motor will be powered by a 33-kWh battery pack which replaces the current 22-kWh battery. Although more powerful, the battery pack will have the same dimensions as the previous battery, but will be slightly heavier (about 100 pounds).

A bigger fuel tank for the range extender

For 2017, the range extender’s capacity climbs from 1.9 gallons to 2.4 gallons which means there will be even more range before you have to stop for gas.

Range is indeed the new 2017 BMW i3’s keyword. The new 33-kWh battery means that the new i3’s range increases from 130 kilometers to 183, allowing for longer drives without using up a single drop of fuel. The range extender’s bigger capacity means that you can go even further even when the batteries are depleted.

The new 2017 BMW i3 gets a revised interior which keeps the previous-generation’s unique design using only eco-friendly materials, but new trims and finishes will be available.

Finally, the 2017 BMW i3 gets a new exterior color, Protonic Blue, which will allow it to stand out even more in the Ottawa automotive landscape. 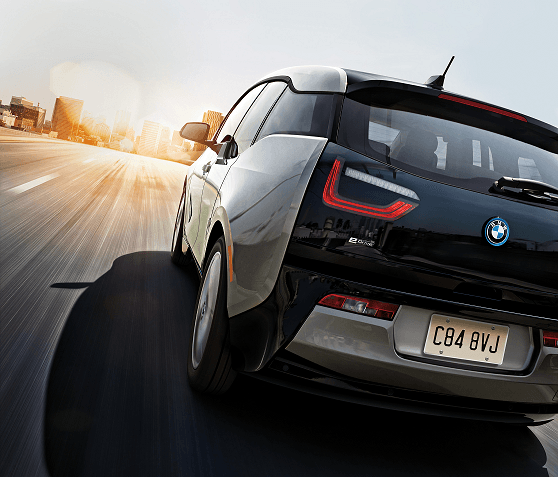