Elite BMW Ottawa | Blog | Start of BMW iX1* production: By 2024, one in three BMWs from Bavarian plants will be electric

Start of BMW iX1* production: By 2024, one in three BMWs from Bavarian plants will be electric 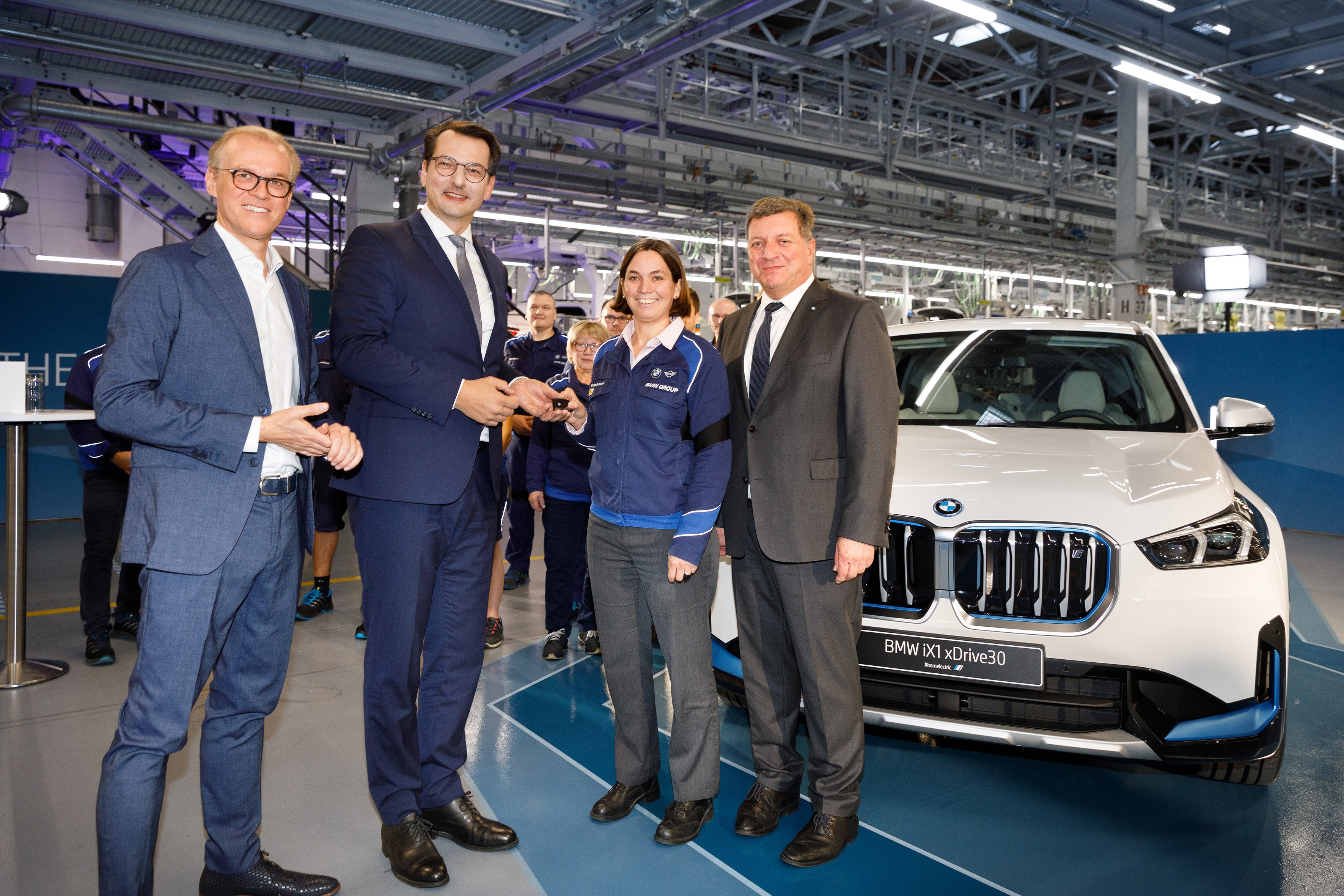 Regensburg. Today’s start of production for the fully-electric BMW iX1* in Regensburg illustrates the pace with which the BMW Group is ramping up electromobility. As announced almost two years ago, all German plants can now produce electric cars. The smallest model among the BMW Sports Activity Vehicles will boost the volume of electric vehicles. Milan Nedeljković, member of the Board of Management of BMW AG responsible for Production, already announced the next milestone at the start of production: “We are delivering the goods. By 2024, at least one in three BMWs coming out of our Bavarian plants will be an electric car.” Further proof, then, that the BMW Group is systematically implementing its electrification strategy, relying on speed and short distances. The high-voltage battery in the BMW iX1* also comes from Regensburg.

Bavarian Minister of Transport Christian Bernreiter: “Bavaria is Germany’s number-one state for cars and has a long tradition of building vehicles. However, that success doesn’t just lie in the achievements of the past, but also in research, development and innovation. The BMW iX1* and its high-voltage battery underline that BMW can master the future. That this fully-electric car will come off the production line in Regensburg also represents a strong commitment to Bavaria as a car-building location.”

The start of production for the new BMW iX1* means BMW Group Plant Regensburg is now manufacturing all drive technologies on a single line as part of its flexible production process – for combustion-engine, plug-in hybrid and fully-electric models. According to Carsten Regent, head of BMW Group Plant Regensburg: “The electrification and transformation of the plant gives me optimism for the future. Our aim now – also with the new BMW iX1* – is to continue to impress customers all over the world with cars made in Regensburg.”

Lean, green, digital: With its BMW iFACTORY, the BMW Group is setting new standards and defining the future of automotive production. This is also evident at the Regensburg location, where the plant is a trailblazer for digitalisation. As part of a recent pilot project, the plant was digitally mapped. The resulting digital twin enables highly efficient planning of future plant structures and production facilities. The plant’s paint shop, for instance, relies on artificial intelligence: Paint surfaces are scanned to ensure flawless quality and then finished using a fully-automated programme customised for each vehicle to deliver a perfect customer experience. Artificial intelligence is also used in vehicle assembly at Plant Regensburg – specifically, AI-supported image recognition methods that assist employees with quality inspections. The AIQX (Artificial Intelligence Quality Next) computer system that is used for this learns to recognise objects such as a person from sample images, making it a useful supplement to conventional, camera-based quality inspections.

Predictive maintenance ensures that technical faults, e.g. in conveyor systems, are detected early, before system downtimes can occur. Installations and machinery are monitored through automated evaluation of process data.

Avoiding consumption and conserving resources: The BMW iFACTORY is also about ensuring short distances for logistics. “The close link between component and vehicle production is part of our strategy,” says Markus Fallböhmer, head of Battery Production at the BMW Group. The company is moving at a rapid pace, especially considering that the first of five coating lines for battery cells only went on-stream at the Regensburg electric component production facility in April 2021. “We put our new high-voltage battery assembly line into service in October. Now, we are already supplying the neighbouring vehicle plant with high-voltage batteries for the BMW iX1*,” explained Fallböhmer. By the end of the year, over 400 employees will be working in electric component production at the 45,000- square-metre facility in Regensburg.